Every once in a while, there comes someone who changes the landscape of the entire world, along with its very perspective.

One of them was John Winston Ono Lennon, also known as John Lennon. If you are a music lover, you’ve probably already heard of him. He not only popularized rock and roll music but also served as a model for other outstanding musicians. Although the fame and adoration he received were unfathomable, the man the world came to adore had a past that was kept secret from the public, including his marriage to his classmate and first wife, Cynthia Powell.

Let’s Take You on a Life Tour of the Legend: John Lennon

There Once Was a Little Brave John

Born on 9th October 1940, the Son of a Merchant Seaman – Alfred Lennon, John Winston Lennon had an absentee father for four years. Alfred was later shunned, John would not see him for another 20 years. Forced to choose between mother and father at age 5, John was eventually raised by his mother’s sister Mimi Smith and her husband George Toogood Smith, the man who bought Lennon his first harmonica and introduced him to music, drama, and performing arts. John was talented and gentle, but restless. Aunt Mimi got him admitted into Dovedale Primary School, after which he attended the Quarry Bank High School – the place which would later inspire John Lennon to start his first band – The Quarrymen.

In 1956, Julia loaned the money to buy John his first guitar, costing only £5.66. The John Lennon we know and love would emerge from this, launching his career. John experienced two devastating losses in the years 1955 and 1956: the passing of his mother soon after and his Uncle George. For the following two years, he engaged in heavy drinking and frequent altercations, but John Lennon’s memories of his mother served as the basis for the 1968 song Julia by the Beatles.

Within six months of starting out, The Quarrymen were performing a spirited set of songs consisting of half skiffle and half rock and roll, moving music lovers. John played his guitar and sang, Eric Griffiths on second guitar, Colin Hanton on drums, Rod Davis on banjo, Pete Shotton used a washboard to play his part, and Len Garry played bass. First, they played in the back of a moving truck. It was their second performance where John Lennon met Paul McCartney. Soon they would become a strong creative duet as part of the group and would sign their musical works “Lennon-McCartney” for a long time.

After talking to some friends, Lennon made the decision to include Paul in the group. The musician soon performed with the ensemble for the first time at a Conservative Club party. Shotton and Davis had already left the group by that point as it began to deviate more and more from its skiff-based sound and take on a rock sound. Although Paul’s father disapproved of John, he nonetheless gave the young band permission to practice in the living room. During that period, John wrote his debut song, Hello Little Girl, which would go on to become “the fourmost,” a number 10 smash in the UK in 1963. Stuart Sutcliffe, widely referred to be the fifth Beatle, came up with the idea for the band’s name before it gained popularity.

Hamburg, Germany had a Beatles tour in 1960. John Lennon stayed in the country for another two years, enchanting audiences with his theatre, music, and performing arts. After returning, the Beatles recorded their first album, “Please Please Me,” which was released on March 22, 1963. Brian Epstein, the future Beatles’ manager, was drawn to the record, which had eight songs written by John Lennon and Paul McCartney. Love Me Do, the group’s first record was released in October 1962 and peaked at number 17 on the UK charts. The band was a big hit in Britain and went on tour. In 1964, they made their American television debut on the Ed Sullivan Show.

Books, Movies, and the Queen

In the two years that followed, John wrote two books: In His Own Write and A Spanish in the Works. Along with the ensemble, he continued to tour and record music and movies. A Hard Day’s Night and Help!, two musical comedies starring the Beatles, were directed by filmmaker Richard Lester in 1964 and the following year. After the movie was released, the Beatles issued their fifth self-titled album. Earning approval from the British Establishment, The Beatles were made Members of the Order of the British Empire at the 1965 Queen’s Birthday Honors.

John starred in Richard Lester’s anti-war black comedy How I Won the War, based on Patrick Ryan’s 1963 novel of the same name. On a break from The Beatles, Lennon was invited by Richard Lester to play the role of Musketeer Gripweed in the film. It was his first and last nonmusical role. A photograph of Lennon as Gripweed appeared in many print publications, including the front page of the first issue of Rolling Stone Magazine in November 1967. The album Sgt. Pepper’s Lonely Hearts Club Band became the group’s prime record – holding for 27 weeks at number 1 on the Record Retailer chart in the United Kingdom and 15 weeks at number one on the Billboard Top LPs chart in the United States.

In March 1966, during an interview with Evening Standard reporter Maureen Cleave, Lennon remarked: “Christianity will go. It will vanish and shrink … We’re more popular than Jesus now – I don’t know which will go first, rock and roll or Christianity.” Unnoticed in England, the comment sparked rage, boycotts, and threats towards John Lennon. This led to the Beatles stopping performances in the USA.

By 1967, John Lennon had written the song – All You Need Is Love, performed by the Beatles for the Our World satellite broadcast. The total number of viewers was up to 400 million people worldwide. John still loved Cynthia and his son, but gradually moved away from the family due to work on songs for the new album. In February 1968, The Beatles went to India. Arriving there, they wrote most of the songs for their only double album. The band also released a debut single for the Apple label, released in 1968.

On the evening of December 8th, 1980, John Lennon was shot and fatally wounded in the archway of Dakota, his residence in New York. The killer was Mark David Chapman, an American Beatles fan who took issue with John Lennon’s words about the Beatles being more popular than Jesus.

It is always a sorrow when a tenacious, blazing beacon, is lost. The whole music industry was devastated by the loss of John Lennon. He left behind a legacy that will endure through the sands of time and cannot be erased or replaced. That is the sign of a great artist, someone who was adored, and someone who contributed to the development of one of the most successful groups in history. John Lennon will go down as the most influential musician of all time, casting a magical shadow never to be surpassed.

If you are also passionate about the world of music and wish to know how you can pursue a career in it, get help and guidance from career experts at Mindler through career counselling online. 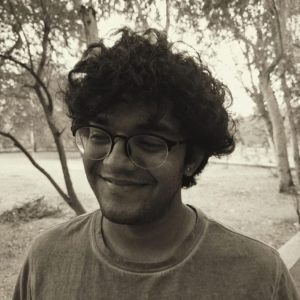 A musician at heart, a doctor in education, a linguist in the soul. When I write about anything and everything, I constantly try to up my skills. When I’m not writing, I’m composing songs, playing chess and video games, helping out at the local clinic or writing a little more!

0 0 0 0 0
Previous ArticlePassionate About a Career in the Music Industry? Look No Further
Next ArticleUltimate Guide on How to Become Pilot
Search
Latest Posts
Upcoming Webinar