Music is one of the most powerful forces the world has to offer. Music in itself is healing. It’s an explosive expression of humanity. No matter what race, culture or colour it’s something we are all touched by. However, very few are blessed enough to create music and even fewer are passionate enough to pursue a career in Music.

The field of music is a huge part of the entertainment industry. It employs many different types of performers, songwriters, band members, technicians and support staff. All of these jobs are necessary in order for music to be made and reach its target audience.

If music is an important part of your life, think about making it part of your career. A wide variety of options exist. Let’s explore them one by one.

Many people come to the field of music with hopes of one day becoming a singer. Singers perform vocal music for innumerable platforms and stages. They may perform alone or as a member of a band in concerts and social events. As a Singer, you have to make your voice stand out, keep vocal abilities strong, and should learn lessons efficiently. Learning a musical instrument and honing dance skills can be an advantage for you, as a singer. You have to focus on popular music to cultivate an image that helps you to connect with an audience and a certain musical style. Classically-trained singers develop precise control of their voices and learn to interpret the music they perform in a creative and sophisticated way. As a singer, you must be able to market yourself well. Thus, gaining experience in writing and performing is essential. Being adaptable, perseverant, passionate about music and handling uncertain situations can make you a successful singer/musician.

As a professional instrumentalist, you should know how to play more than one instrument proficiently. You have to be experienced in playing in more than one musical genre. Instrumentalists perform in a variety of settings. There will be opportunities for you performing live in front of audiences, recording music in studio, perform as part of an orchestra, in social events and gatherings. You should practice playing instruments frequently so that you do not forget how to play them.

As the name implies, songwriters love to write songs and their lyrics, exhibiting abstract thinking and creative knowledge to compose the music. While many singers only write music, others write and perform too. Songwriters frequently produce the music used in musical films and live theater. They work closely with music publishers, record companies, producers, and other production or recording groups.

Composers write music that contains no lyrics, or collaborate with a lyricist to produce a finished song. They must understand the various instruments, conduct orchestras, compose soundtracks for films, write songs for commercials, produce records, and teach your juniors about various musical styles, genres and how it can be blended together into a finished work that can be passed on to the actual performers.

Conductors work with live performers in a concert or theatrical setting. They must learn about the music they are overseeing and also come to know the particular strengths and weaknesses of their orchestra or band. Conductors are like managers of sports teams in that they must get the most out of the talented performers they work with.

From rock bands to symphonic orchestras, most musicians record their music at some point. This would be impossible without the services of a recording technician. These are craftspeople who manage the high-tech recording devices and computer programs to replicate the sound produced in the studio and transfer it to a recording medium, like a CD.

A Music Producer writes, arranges, produces songs, work with performers and technicians to oversee the production of a song or album. They make decisions about which songs should be included on an album and how they should sound. It is important for a band to have a good relationship with their producer since they will have such an influence on how the band’s music sounds in the end.

Do you want to know what goes into being a music producer and get an overview of a career in music production? Try the ‘Career Simulator program’ at Mindler. Join today and get your experience and certification in this field.

Music critics may not perform themselves (although some do) but they must understand many different types of music and be able to discuss music in a way the general public can understand. Music critics serve as an intermediary between the musician and the audience. They work in mediums such as print, broadcast, online, academic setting and/or as freelancers.

Publicists, like critics, provide an essential service without actually performing or creating music themselves. At varying levels publicists book live gigs, promote concerts, arrange interviews and television appearances and generally spread the word about a performer or event.

Music therapists use music to aid individuals to improve their emotional, physical, cognitive, and social well-being. They are employed as counselors/music therapist by hospitals and other organizations to make people feel relaxed and positive about themselves. Music therapy can help people to reflect upon their feelings, thoughts, and improve sensory skills.

In the music industry, music lawyers manage legal matters for music artists, such as copyright infringement cases and contract disputes. They protect artist interests by negotiating and drafting contracts with producers, record labels, distributors and managers.

Working in the music industry can require a broad range of skills such as performing under pressure, critical reflection, powers of memory and concentration, technological skills, physical dexterity, ability to think out of the box, understand the musical patterns, and be a multi-tasker. If you wish to make a career in the music industry, it is necessary to complete your formal education. Let’s see what all music schools are there in India and Abroad.

The above list of institutes offers Graduate, Post-Graduate and Doctorate programs.

Eligibility & Admission Procedure of Music Programs in India- For graduation, a minimum 50% marks in 10+2 and must have learnt Music for not less than three years in a recognized institution. Admission through these Universities happens through entrance examination/interview conducted by the respective university or 12th merit score. For post-graduation, you have to sit for the entrance exam and interview conducted by the university.

The above list of institutes offers Graduate, Post-Graduate and Doctorate programs.

Application procedure to these colleges would include Standardized Examinations, Language Proficiency Examinations like TOEFL, IELTS, Application Essays, Resume, Statement of Purpose (SOP), 2-3 Letters of Recommendations, Admission Interviews and so on. 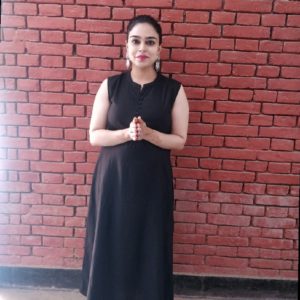 A counsellor with a dash of fun, Anchita is passionate about driving career clarity to the numerous students she ardently mentors. A proud alum of the University of Delhi and the elusive Indian Institute of Psychology & Research, Anchita, is an ardent advocate of informed career decision making and hopes to be a doyenne in the domain someday. Being led by the dreams in her heart, Anchita brings succinct insights and credible information to her counselling sessions and inspires optimism and ebullience in many of her mentees.

0 0 0 0 0
Previous ArticleCareers That Allow You to Make a Difference & Help Others
Next ArticleThe Psychology Dilemma: India vs Abroad
Search
Latest Posts
Upcoming Webinar