Interesting Careers – People To Watch Out For

Are you familiar with the concept of The First Penguin?

You see, when a group of penguins encounter a foreign body of water on their travels, they do not leap into it en masse. One brave bird of the bunch dives into it first to ensure there aren’t any predators lurking in the deep. If it makes it back to the surface, the rest of the birds know the water is safe to swim in and follow suit. That first penguin is immensely important to the rest of the flock’s way of life and quest for survival in dangerous environments.

Since life imitates nature, when it comes to interesting careers, there are plenty of first penguins who take a dive of faith and swim where few have ventured before. Whether it be careers involving ideation skills or unconventional career paths that defy gender stereotypes, there are some men and women who have broken the mould and the vocations they chose.

Some People To Watch Out For

Palak is the CEO of India’s first handloom luxury brand, Ekaya, whose focus is to preserve and propagate India’s rich Banarasi textile roots. Their handcrafted modern saris have won the favour of superstars like Aishwarya Rai and the First Lady of South Korea; as well as collaborations with Ferragamo and Missoni. She is an inspiration to entrepreneurs thanks to her combination of a distinct vision and the meticulous work required to accomplish it.

An illusionist, mentalist, actor, criminal psychologist, author, television host, and TedX speaker, it is safe to say that Neel knows a thing or two about juggling multiple unconventional and interesting careers. His vision to blend magic with travel and bring that experience to viewers is unique, as is his journey through numerous facets of television. Neel’s passion is to build on the genre of magic to the point where it is not simply synonymous with a man in a cape and hat. Perhaps no better evidence for this exists than his show ‘You’ve Got Magic.’

One of India’s finest female golfers who has a stellar reputation on the international golfing circuit, Tvesa is acquainted with the rigours of pursuing a career in sport and dealing with the pressures of representing your country. Her multiple top 10 finishes in international tournaments mark her as a force to be reckoned with in women’s golf. Her approach to preparing for the sport is multidisciplinary and very insightful.

A driven young journalist who has been News Editor and Principal Anchor at NDTV, Amitoj yearns to be the first responder providing information from the trenches. His energy has seen him work with notable media powerhouses such as CNN, BusinessInsider, and Al-Jazeera, and he is now the India Regulatory Reporter for CoinDesk.

An artist continually in pursuit of unveiling life’s deepest conundrums through the precociousness of her colours and canvas, Sahaya views herself as a pranic healer. Her art takes abstract forms, striving to penetrate the mists of human psychology and music. Her goals are to see her work reach The Tate Modern, The MOMA, the Whitney and the Guggenheim art galleries.

A gifted writer who founded Alma Magazine during the pandemic, which went on to become one of Asia’s finest literary and creative publications. As editor in chief, Yuvraj sets the standards for Alma’s diverse and fulfilling coverage, and his background in music and travel has led to him being published in multiple magazines and journals. He studied jazz at the Conservatori Liceu in Barcelona, an international school attached to the prestigious Berklee College of Music.

The founder of the NGO Humans for Humanity and the driving force behind The WASH Project that has been responsible for thousands of women in rural India having access to knowledge about menstrual hygiene and making their own sanitary pads. Anurag’s initiatives have illuminated and bettered the plight of rural women, promoted India’s cultural heritage, and fed over 8000 families throughout the pandemic. In recognition for his efforts, he has been awarded the Karmaveer Chakra and a Global Fellowship by the UN, and the Mahatma Puraskar in 2021.

Persistence is a Singapore-based firm that leverages blockchain technologies to facilitate asset transactions. It was founded by Tushar who is also its CEO. His body of work includes being a principal at blockchain and cryptocurrency fund LuneX Ventures and a former podcast host for Decrypt Asia.

Krish is co-founder and director of Togglehead, a digital marketing agency boasting clients such as the Times Group, Truefitt & Hill, Clinique, HDFC Life, Forbes, Estee Lauder, and Wella. As the head of the technology, finance, and SEO departments, he is hugely responsible for its success today.

These path-breakers who embarked on interesting careers and achieved success are inspirational to students who often wonder if there are career paths to pursue which are not run of the mill. If you are a 12th grade student who is befuddled by the lack of knowledge around you about uncommon but interesting career options, you will be overjoyed to know that you can interact with these nonconformists.

If you sign up for The Mindler Internship Program you will not only receive first hand guidance from them and other educators with immense experience across multiple fields, but also stand a chance to win cash rewards over INR 10 lakh, scholarships worth over INR 25 crores, and earn certificates and letters of recommendation that will take your profile to the next level. With no signing up fee, a completely virtual interface that helps you do the internship from the comfort of your home, and a time commitment of merely a few hours a week, it is an opportunity that beggars belief.

Find out more about these distinguished individuals and give your portfolio a shot in the arm by signing up for the Mindler Internship Program here. 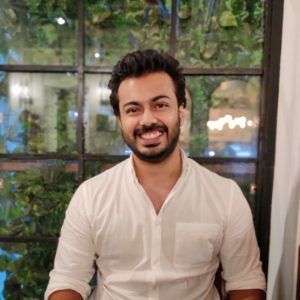 Rohin is a doctor with a deep affinity for the neurosciences who enjoys writing in his down time. When he isn't trying to sneak in a Sherlock Holmes reference in his articles, he can be found hiking in the Western Ghats, surfing near Mulki, or chowing down tables of food.