From School to ISRO & Beyond: Experiential Interview with Pawan Kumar

This interview is a part of our Experiential Interview series, where we try to gain an insider’s perspective into different careers by engaging in dialogues with professionals successfully working in the respective fields. This article gives you a closer look at an Aerospace professional and his journey from school to ISRO and beyond.

Also Read: An IIT Alumnus Who Did Not Give Up: Experiential Interview with Aashish Agrawal

Pawan completed his B.Tech and M.Tech through a Dual Degree Programme from IIT Kharagpur in 2012. He then went on to work at ISRO’s facility in Kerala for the next 6 years. He recently left his job to start his own aerospace venture.

1. How would you describe yourself as a student?

I had a problem with the idea of ‘spoon-feeding’. To me, theory too was a part of spoon feeding. I had a tendency to learn better when I would carry out an experiment, all by myself. Unfortunately then, and even now to a certain extent, the system of pedagogy wasn’t keen on students who didn’t want to learn in the conventional pace or way.

As a result, till the 8th standard, I was not a very sincere student and scored very less marks. Even my parents felt that I wasn’t good enough, so they made me change to a state board school (from ICSE) because they thought “what’s the point?”. I didn’t do well initially as I found the lectures really boring.

2. What made you take up the science stream in class 11th?

It was after the 8th standard (in the new school) that I got to learn from really good teachers who made me realize that there was more to marks, and I could do better in studies. It was at a very crucial juncture in my student life, and the belief shown in me by my seniors and teachers gave me a huge boost. My curiosity to learn through practical application and keenness to carry out various experiments on my own too played a huge role.

“It was after the 8th standard that I got to learn from really good teachers who made me realize that there was more to marks.”

Recommended Read: When is the Right Time to Join Coaching for JEE/NEET – Class 9 or 11?

3. What made you pursue the career you’re in right now?

I had always had an inclination towards understanding how things work, the practical aspects, especially. I loved to create things, to take up challenging tasks – why else would a person decide to take the most competitive engineering exam in the country! Mechanical Engineering, as a consequence, came naturally to me. So my father enrolled me into the foundation course for IIT JEE and I secured AIR 1614 in my first attempt to crack the JEE exam.

“I always had an inclination towards understanding how things work, the practical aspects. I loved to create things, to take up challenging tasks.”

4. What obstacles did you face to get where you are today?

The biggest obstacle I faced was in mainly the system of teaching in the country. Had I not changed my school after 8th standard, I would never have realized my potential. But my parents were really supportive, especially my father, who believed that I could crack JEE, hence he got me enrolled in a coaching centre for the foundation course. Once I got into Kharagpur, everything became fine.

The journey though seems really unbelievable when I compare where I was in 8th standard, to where I am right now. Life really has a lot to offer if you decide to not just sit back and crib but make the most of the opportunities that you get.

“Life really has a lot to offer if your decide to not just sit back and crib but make the most of the opportunities that you get.”

5. Was working for ISRO ever in the picture?

Not really. In fact it was only during my campus placements, when I had to choose between a host of offers from various companies/organizations, that I chose ISRO. I chose it over others because it was the only job profile that I felt would actually make use of my core skills in mechanical engineering. Also, the idea of building rockets and satellites that would be used for the country made it all the more challenging, which is what I would want from a good job.

Recommended Read: Sky, Space and Beyond: All About a Career in Aerospace

6. What options can B.Tech students look at after graduating?

You can sit for placements (most colleges with a decent reputation do offer campus placements) or go for a master’s degree in Technology. Your master’s can range from specialization in fields such as Aerospace Engineering, Biological Sciences & Bio-Engineering, Chemical Engineering, etc. to even an MBA.

To pursue M. Tech from a reputed institution in India, you will have to clear the GATE exam. Though through a Dual degree (such as from IITs), one can pursue a B.Tech and M. Tech as a part of an integrated course right after clearing the JEE. Some institutes even offer courses that have B.Tech combined with an MBA degree!

Recommended Read: Think Beyond Engineering: 15 Trending Careers to Pursue with a PCM Combination

7. What do the typical work responsibilities in your career consist of?

It consists of everything you can think of that one has to do while making a rocket or a satellite! On a serious note, it involves everything from designing the integral parts of a machine to the final assembly. I have also been involved with on-ground testing of various satellites and rockets in the ISRO facility. I have even spent hours in the office, often scratching my head, trying to solve issues in the systems because any mistake from my end could have severe consequences. The nature of work that is given is very demanding.

“I have even spent hours in the office, often scratching my head, trying to solve issues in the systems because any mistake from my end could have severe consequences.”

8. What advice would you give to students looking to pursue a similar career path as yours?

The first and most important thing to keep in mind while preparing to become successful at anything you want to do in life is to focus on mastering the skills you’re pursuing. Of course, marks are important too, but what good are they when you don’t know how to make use of what you’ve read in real life. Focus on what will make you develop as a human being. Trust me, I’ve seen people who’ve done well in exams but are ‘zero’ when it comes to skills!

Second, work hard. There are no shortcuts to achieve success.

Now if you want to know how to get into ISRO, there are majorly two ways. One is you graduate from a reputed institution (like IITs) and get placed in the organization on campus, like me. Or, you could aim to get into the Indian Institute of Space Science and Technology (IIST), which is often considered as a ‘direct ticket’ to ISRO. You’ll still have to clear an exam by ISRO.

“Marks are important too, but what good are they when you don’t know how to make use of what you’ve read in real life.”

Recommended Read: Unable to Crack the JEE Exam? 5 Alternate Steps to Get Your Career on Track

3 exciting things about your career:

3 challenges in your career

Top 3 skills needed to be successful in your field

9. What happened to the toppers of your school?

None of them got into an IIT. This is why I say that marks aren’t the right metric to judge someone’s capability entirely. Students should be evaluated at their own pace through an adequate level of difficulty curated individually for each student. Leaving the fate of scientists solely in the hands of marks will do no good to science.

10. Where do you see yourself a few years from now?

I recently quit my job at ISRO after working as Scientist-D, for starting my own venture in the field of Aerospace. It’s currently at a nascent stage due to which I can’t talk to you about it much. But I definitely see myself serving the people and doing whatever I can for the society. Part of which is why I am starting this venture.

Did you find any inspiration in Pawan’s story to pursue a career in Aerospace too? Share with us in the comments! 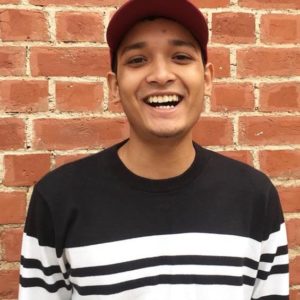 0 0 0 0 0
Previous Article6 Upcoming MBA Specialisations and Where They Can Take You
Next ArticleMBBS vs. BDS vs. BAMS vs. BHMS: Which Medical Course Is Right For You?
Comments (3)