10 Youth Icons Who Left a Mark and Are Sure to Inspire You!

India is home to numerous inspiring youth icons. However, many of them might have remained unsung. Becoming a youth icon is not an easy task. Only those are considered youth icons whose actions have a positive social influence.

Several notable Indian personalities have become youth icons for millions through their hard work and courage. These men and women, youth icons of the world, have done exceptional work and set an example for the young generation. They rose above the passion vs money dilemma and followed their heart.

Ten Youth Icons of India Who Have Left a Mark and Will Inspire You:

Arunima Sinha lost her leg in a horrible train accident, but it didn’t drag her down; instead, it pushed her up! It was a turning point in her life, and she resolved to carve out a niche for herself. Sinha rose like a Phoenix from its ashes and began climbing mountains as an amputee. She is a youth icon in India and a source of inspiration for many. In 2015, she was awarded the Padma Shri, and in 2018, she was given an honorary doctorate by the University of Strathclyde.

For many years, the Malguzari tanks in Maharashtra were abandoned. But Shirish Apte changed that. He has been working to revitalise these tanks since 2008. His efforts and hard work have resulted in the restoration of several tanks. His initiative has helped many local people find work. An increase in irrigation coverage has also benefited agriculture in the region. Through his hard work and innovation, Apte has become a famous youth icon in India.

What began as a fellowship quickly turned into a passion, and Viswanath began to devote the majority of his time to teaching photography to tribal children. Photography was a distant cry in locations where even schooling isn’t taken seriously. Viswanath went ahead to collect pupils to teach them new skills. He helped the kids design their own low-cost pinhole cameras and instilled a love for learning in them. Vishwanath is certainly doing his bit to make a difference in the community.

After serving in the Indian Navy for 17 years, this ex-naval officer now visits paediatric wards and orphanages as Pintoo, the clown magician. Following his retirement, he began working with the hopes of bringing a smile to those children suffering from life-threatening diseases. Tulpule’s contribution has made him a beloved of many and paved his way to becoming a youth icon in India.

Sundar Pichai, CEO of Google and its holding Alphabet Inc., is a popular youth icon not just in India, but in all parts of the world. Pichai was born in Chennai, and he showed a keen interest in technology at an early age. He had an exceptional memory, especially for phone numbers. His dedication and love for technology paved the way for his career at Google. His success story is an inspiration for a lot of young minds.

Anandibai Joshi was born in 1865 and married off at nine. She battled restrictions and shame at a period when patriarchal society opposed women’s education. She not only fought for her aspirations but also learned western medicine to become the first female physician from South Asia. Anandibai, with the aid of her liberal husband, paved the way for Indian women who aspired to be more than homemakers. This iconic woman is one of the remarkable youth icons in India.

Sindhu began playing badminton at a very young age. She fought her way up and reached the stage where she represented India. Sindhu became the first-ever Indian woman to win a silver medal at the Rio 2016 Olympics when she was just 21 years old. As a well-known youth icon in India, Sindhu inspires young minds to fight and realise their dreams.

Omkar Sharma, popularly known as ‘Medicine Baba’, collects free medications from households for the poor. Sharma is on a mission to ensure medication for the poor and those in need. He has established a free medicine bank for the needy and disadvantaged. A septuagenarian, Sharma is still one of the youth icons in India as his spirit of helping the poor never gets old.

Cama advocated for gender equality during the late 19th and early 20th centuries. She was a member of the Indian Independence Movement and an iconoclast. She also unfurled the Indian flag in 1907 at the International Socialist Conference in Stuttgart, Germany. Cama’s courage and integrity showed the world the power of womanhood and inspired women to question conventions. She is an immortal youth icon for the generation of today.

During the Quit India Movement in 1942, Ali hoisted the Indian National Congress flag at the Gowalia Tank Maidan in Bombay. Consequently, she was issued an arrest warrant, but she hid and organised an underground campaign to avoid being arrested. The British government offered a reward of Rs. 5,000 on her head. She continued to be involved in politics as well as social service after India’s independence. Her achievements make her one of the remarkable youth icons in India.

The grit and persistence of youth icons made them larger than life. Their stories teach us to have a clear focus towards our goals. If you are a student or a graduate and need clarity on which career path to choose, you should refer to the services provided by Mindler. At Mindler, we make passion your career and provide career counselling online to help you grow in life. 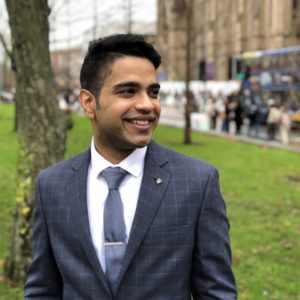 Raghav looks into the Partnerships & Alliances team at Mindler and help individuals achieve their goals to become better career counselors and upscale their ventures. Raghav is a management graduate from the University of Manchester, with an undergrad from the University of Minnesota - Twin Cities (USA), and successful summer school credentials from LSE.