Remember the movie GI Joe: The Rise of Cobra from 12 years ago? After the age-old animated series of Swat Kats on Cartoon Network, I was seeing technology that we couldn’t have imagined in our wildest dreams being used in a movie with real people. They had computers which could extract memories from a live brain, nanobots which could not just heal any wound but also reshape your cells to give you a new face, and tons of other cool gadgets. We had no clue back then that these “cool gadgets” would come so close to reality in such a short span of time.

Every time one wonders about the new trends in Computer Science Engineering, they find that the gap between science fiction and reality is decreasing at an exponential rate. For that matter, even our sci-fi has come a long way from drones in Star Wars to Iron Man’s state-of-the-art AI (Jarvis) going on to walk & talk as a sentient machine (Vision). While terms like “Artificial Intelligence” and “Virtual Reality” aren’t exactly new, now people have a whole new outlook for them. While we knew these terms as “something to do with robotics”, today’s generation has the chance to see Spider-Man using artificial intelligence AI (E.D.I.T.H) embedded into a pair of glasses which enables him to see real-time data about the world around him.

Today we’re going to touch upon some of these new technologies in the domain of Computer Science Engineering which are reshaping the digital world as we know it. These are just a handful of topics from an otherwise large pool of upcoming technologies. I’m sure you must have heard most of these names, the purpose of this blog is to familiarize you with the concepts associated with each of them. Let’s have a look at the latest trends in computer science.

If you are thinking that the true applications of Virtual Reality (VR) are still the stuff of science fiction, then you couldn’t be more wrong. You shouldn’t be surprised to know that we’ve been using VR enabled flight simulators since ages to train pilots.

The Virtual Reality tech creates and projects content onto a display or a viewing platform that appears to be 3D from the user’s perspective. To be able to track a user’s motions, head and eye movements in particular, and correspondingly adjusting the images on the user’s display to reflect the change in perspective is an immersive “virtual” reality.

How many of us were playing Pokémon GO just a few years back? That’s the best-case example of Augmented Reality. Plus, games aren’t the only application that has felt the rise of AR. Things like Google’s AR Navigation and crazy AR filters on Instagram and Snapchat have also hushed in this era of AR. Facebook’s Spark AR even allows users to create their own AR filters and the results are amazing. Google claims its Project Glass to be the next big innovation in AR technology. Moreover, Apple too has the patent for “Peripheral treatment for head-mounted displays”.

Have you ever found your parents in a situation where money has been deducted from their bank account but the amount has not reflected at the receiver’s end? Or they have paid their credit card bill but it is taking time to reflect on the bank’s servers? Well, these are some of the problems that blockchain technology aims to solve in this digital world.

But before I tell you about blockchain technology, I need you to understand that Bitcoin is not synonymous to blockchain. It is simply an application of it. You can’t have Bitcoin without blockchain, but you can have blockchain without Bitcoin.

Blockchain is basically a chain of blocks that contains information stored within them. A block can be defined as the ‘current’ part of a Blockchain which records some or all of the recent transactions, and goes into the Blockchain as a permanent database once completed. The technique is intended to timestamp digital documents in order to make them impossible to backdate or temper with. It is a continuously growing list of records (called blocks), which are linked and secured using cryptographic techniques.
Salient features of the Blockchain technology can be boiled down to the following:

Using these features, the blockchain technology intends to tackle various problems in our existing systems like net frauds and hacking of bank accounts, slower transaction

Speeds, double spending, etc. Other than cryptocurrency, the Dubai smart city project is one of the finest examples of blockchain technology being implemented in real-time.

A cryptocurrency is one medium of exchange like traditional currencies such as INR, Dinar, USD, etc. However, it is designed to exchange the digital information through a process devised using principles of cryptography. It is basically a digital currency, and is classified as a subset of alternative currencies and virtual currencies.

Bitcoins are a crypto-currency and digital payment system invented by an unknown programmer, or a group of programmers, under the name Satoshi Nakamoto. It is presently the dominant cryptocurrency of the world. By virtue of it being open source and designed for the general public, nobody owns the control of Bitcoin.

Let us do quick thinking to exercise our imagination. Suppose we have a fridge that can scan all the items that we put inside and take out using dedicated sensors, and keeps a record of what all items are present inside. Furthermore, every morning this fridge sends you an email with recipes of various dishes that you can prepare using the items available in your fridge. Wouldn’t that be convenient for whoever is in-charge of the kitchen?

The Internet of Things, or IoT for short, is a network of inanimate devices physically connected via the internet so as to collect and share data across a network. In other words, IoT is a term used to describe non-living objects connected to each other using the internet. Everything from your Apple Watch, your car’s GPS tracker, Google Home, etc. is a part of the IoT family. Census tells us that there will be more than 50 billion devices connected to the internet by the end of 2020. That is almost 3 IoT devices per person.

What we need to understand is that there are 4 key elements for an IoT platform:

Ever visited a website of a bank or a college and been welcomed by a chat-bot asking how they can help you with your search? Or played games like Counter-Strike where bots are programmed to do everything you do, just with more finesse? Everything from these bots Siri & Alexa is how we are interacting with Artificial Intelligence today.

AI is a concept which allows machines (specifically software) to think and act like humans by replicating their behavior and nature. It makes it possible for the machines to learn from their experience using a feedback loop. In order to perform human-like tasks by processing large amounts of data and recognizing patterns in them, the algorithms adjust their response based on new inputs coming from previously completed tasks.

How many of us were intrigued when our TV started suggesting movies and shows to us on our Netflix’s and Prime’s based on what we have previously seen? I know I was shocked when my Instagram feed showed me an advertisement about a college I heard about the first time in my life over a Whatsapp conversation. These, and many more such mind-blowing features, are examples of Machine Learning and Data Analytics.

Machine learning is nothing more than a subdivision of Artificial Intelligence, resulting from the combination of computer sciences and neurosciences. It allows the machines to learn and make predictions based on its experience (data). These technologies can make predictions about busy traffic intersections, detect cancer, make construction projects through advanced mapping in real time, and even tell us if two people are compatible.

This “cloud” is the Internet, and cloud computing is the technical jargon for software & services that run through the Internet (or an intranet) rather than on private servers and hard drives. The difference between cloud computing and traditional IT hosting services is that the consumer (whether it is a business, organization, or individual user) generally doesn’t own the infrastructure needed to support the programs/applications they are using. Instead, those elements are owned and operated by a third party, while the end-user only has to pay for the services that they use. Simply put, cloud computing is an on-demand, utility-based model of computing.

These cloud solutions come in three primary service models: IaaS, PaaS, and SaaS.
Infrastructure as a Service (IaaS)
IaaS gives users access to storage, networking, servers, and other computing resources via the cloud. While the user is still responsible for managing their applications, data, middleware, etc., IaaS provides automated and scalable environments that provide a high degree of control and flexibility for the user.

Platform as a Service (PaaS)

PaaS provides a framework that makes it easier and more efficient to build, customize, and deploy applications. This service layer is primarily geared towards developers and operations professionals. Service providers rent out cloud-based platforms for users to develop and deliver applications.
Common examples of PaaS providers are:

Recommended Read: Career that will define the next decade!

Software as a Service (SaaS)

Cloud application services are the most well-known of the cloud service models. The software is hosted, packaged, and delivered by a third party through the Internet (typically on a browser-based interface). By delivering the software application over the Internet, enterprises can offload the costs of management and maintenance to the vendor(s).
Popular SaaS providers include:

There are so many cutting-edge technologies out there which we haven’t been able to discuss in this blog like Big Data, NFC, Gesture Control, 3D scanners & printers, Wearable UI, etc. However, as per Gartner’s Mobility & Data graph, most of these aforementioned technologies are either yet to reach the Plateau of Productivity from the Peak of Inflated Expectations, or have moved over to the Trough of Disillusionment. Simply putting forward, the technologies discussed in this blog are the ones which have evolved from theoretical ideas to real-world applications over the past few decades.

Also, if you are someone who boggled about as to how to proceed with CSE or is confused about making a career out of it. Then, Mindler is the right platform for you to be at, where nation’s leading career coaches will guide you about the same and through their exponential guidance you can pave out a successful career for yourself in the niche of CSE. Mindler will help you by providing career counseling online. 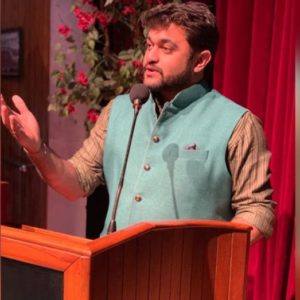 A graduate from Narsee Monjee Institute of Management Studies, Atin has been associated with the education sector for over half decade and has coached more than 10000 students. Owing to his experience in a plethora of profiles across MNCs and start-ups alike, Atin's unique perspectives to different career options makes him truly one of a kind. While he specialises in the field of career development & profile enhancement, his sessions include aspects of public speaking, MUN training, critical thinking, aptitude building, theatre, etc. A true believer of experiential learning, he harbours the notion that every individual, student or parent, who interacts with him adds some knowledge to his life.