Bollywood plays a significant role in our lives, either its childhood or old age. The constant part of Bollywood is the nostalgia and the lesson that it brings us every time we watch a movie, especially during college life.

So we have a list of movies that you must watch before moving out of your college. Here on this menu, we have 12 such flavours of movies that will surely leave a great impact on our lives. Also, if you like reading then you must read inspirational books which will help you in your personal growth.

Go ahead and check out these 12 exciting Bollywood movies which can help students move along the right path to fulfill their dreams.

12 Bollywood Movies That You Should Watch During College Life

Omprakash Mehra’s movie Rang De Basanti is a a gem of the Bollywood era. This movie shows the journey of a set of youngsters who went from carefree souls to responsible citizens and proved to be the better youth of the nation. This movie is so precious that it should be watched over and over again.

This movie shows and talks a lot about how the youth can help bring change to the nation.

This 130-minute-long movie shows the event of an invasion of Kuwait by Iraq. Directed by Raja Krishna Menon this movie has a rating of 8/10 on IMDb and features Akshay Kumar and Nimrat Kaur in the lead roles.

In this movie, Akshay Kumar acts as Ranjit Katyal who is a successful businessman based in Kuwait, who helped in the evacuation of 170,000 Indians in Kuwait during the war.

Ranjit enjoys a good relationship with the officials in Baghdad and Kuwait and marks derogatory comments about the citizens of India. However, after the events that take place following the invasion his feelings change toward his fellow countrymen.

So, instead of leaving with his wife and daughter, he stays back and helps in the evacuation of other Indians. This movie helps students to fuel their deep love for the nation.

This movie depicts the rollercoaster life of a student named Ishaan with dyslexia. He is constantly nagged due to his inability to match his progress with his classmates.

His inability to cope with basic education is bashed left, right, and centre until there comes a benefactor who understands his situation and helps him tackle the problems.

This is a must-watch movie, especially during college life as it also explains that a person can’t be good at everything. So, find your interest and work until the goal is achieved.

This movie made in 1957 is an Indian epic drama that showcases the life and a woman who fights all the odds to bring up her two sons.

In the entire movie, the hardships she faces are shown. Students can emulate the emotional problems that a mother faces to bring up her children

This movie takes us on a journey of a hockey coach who is regarded as a failure due to a loss in an important tournament.

This movie shows how the coach makes a women’s team capable to compete at the international level and cleans his tainted reputation.

During college life, students need to keep patience in lots of things so this movie has a lesson on patience and team spirit. Makers have used it as a key element to grab the attention of students.

Launched in 2004, this movie showcases the life of an Indian Scientist.

In this movie, the scientist goes back to the village where he was born. There he tries to fight against the social irregularities as he works for their betterment like providing them with the necessities- food, education, and most importantly electricity (bijli).

Young students will be surely inspired by the noble thoughts of the lead character.

Produced by Dharma Productions this sports drama movie was directed by Karan Malhotra. This movie is a remake of the American movie, Warrior which showcased Mixed Martial Arts.

The lead roles were handled by Sidharth Malhotra (Monty) and Akshay Kumar (Dravid). Dravid after losing his full-time profession becomes a full-time fighter. Meanwhile, Monty takes up street fighting as a profession.

This movie shows the love between siblings and how important relations are. During college life, we meet many people but all relations are not forever. So, we should learn to move on from such relationships and start valuing those relations that are meant forever.

Released in 2010 this Hindi movie, Udaan shows the relationship between a father and a teenage boy.

Through this movie, the director tries to show parents to encourage their children to follow their passion. When you chose what you like then work becomes fun.

This Hindi sports drama movie released in 2001 depicts the plight of poor people who are forced to pay heavy taxes to the Britishers.

So to save from the taxes, the villagers team up and organize a cricket match against the Britishers. And the outcome of the match will decide their fate.

This movie pays tribute to an exemplary national running champion Milkha Singh who won the hearts of people and is a perfect inspiration story. And students must watch this movie before moving out of college life.

This movie fuels to zeal to achieve my goals. Students will understand what is the importance of perseverance and consistency to thread the path to success.

Released in 1992 this Hindi movie is about a poor but happy-go-lucky guy. After many twists and turns, the hero understands the purpose of his life.

This movie shows the hardships faced by him when he decided to take part in a prestigious cycle race. And it highlights the power of hard work along with dedication that can become the strong pillars of success.

Released in 2014 this movie India recognized the talent and commitment of Mary Kom. She with her years of hard work became a sensational inspiration to both girls and boys to practice boxing when she was selected for the World Championship for Boxing.

This movie is filled with inspiration and motivation to have a never-say-die attitude.

Wrapping up, all the above-mentioned movies can create an indelible mark on the young minds of students who are keen to achieve success. When it comes to bringing a change in society, the entertainment media has a strong influence.

“You don’t have to be great to start, but you will have to start to be great”.- Milkha Singh

If you are facing a problem choosing your perfect career, feel free to avail Mindler’s Online Career Coaching to unlock the key to success. 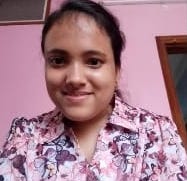 An enthusiastic student with gratitude and always open to new opportunities. Walking to fulfil her dreams into reality. In no particular order, coffee, family and travel are essential elements in her life.

0 0 0 0 0
Previous ArticleStuck With University Selection? Mindler is Here to Help You
Next ArticleMindler Rewind 2022: A Quick Glimpse into the Year
Search
Latest Posts
Upcoming Webinar