Ever participated in street racing, got chased by the police, killed numerous enemies, rescued your damsel in distress from roadside mafias, and got yourself killed several times in the process?

Well, not in real life, of course.

While sitting behind your gaming console, if you ever wondered how you could step out of your chair and build a career in gaming, you have hit the right place.

With more than 2.34 billion gamers worldwide, the gaming industry has come a long way in establishing itself as a fast-evolving sector in the entertainment field today. According to NASSCOM, the Indian gaming industry does close to $890 million of business every year and there are over 100 game development organizations in India already.

Pertaining to this, there is a rising demand for professionals in this field, from artists to programmers to designers to audio engineers. There are many exciting job roles available, which are not just about playing games but about creating them.

Let’s have a look at some of the rewarding careers in the gaming industry.

They are the architect of games and their work includes planning and defining all the elements of the game: its setting, rules, environment, story flow, levels, characters, vehicles, weapons, etc. Game designers visualise the game concept over which the overall game is then made with the help of programmers, animators, producers and audio engineers.

They also do the initial market research in order to ensure that people would enjoy playing the game concept they are building. They work in collaboration with the whole team and supervise them to make sure the game experience meets with their original concept.

Education Required: A Bachelor’s in Game Design will help you get in but having a B.Tech in Computer Engineering/Computer Science can also be fruitful.

But their creativity comes into play when they have to describe the circumstances through actions or expressions of the characters more than what they speak. Their work is to add the cherry on the top of the gameplay by defining the “story experience” the player will have during the game, thereby enhancing the experience of playing.

Education Required: A Bachelor’s in English Literature or Mass Communication along with certifications in Creative Writing/Script Writing.

Recommended Read: Got a Passion for Writing? Check Out These 8 In-Demand Career Options!

Visual Artists and Animators give physical structure to the characters, objects, environment and sceneries in the game. They provide details to the skin textures of each characters, the watery gloss on the road when it rains, or define the shadows in accordance with the source of light. Defining the manner in which a character jumps, crouches, sits, stands and moves are what a visual artist takes good care of.

There are various job roles within the art department such as Concept Artists, 3D Modellers, 2D/Texture Artists, each with a different set of responsibilities and techniques.

Remember the thud of the shot when Max Payne fires from his Kalashnikov, and the screechy siren noise of the police van in GTA Vice City? All these are created by Sound designers and Audio engineers. They add realism to the in-game world with the help of sound tracks and sound effects such as gun shots or a car’s vroom, ambient sounds like traffic, crowd noise, birds chirping, etc.

Every game has its own plot and genre, and audio engineers develop audio in harmony with it. They encapsulate the game’s essence in the audio they produce by blending dynamic sound effects with ambient sounds and background music to bring life to the game’s world.

Programmers are the ones who add fuel to the engine. They create technical codes which make the game concept run. They work in liaison with game artists, game designers, game producers and sound technicians, in order to ensure the technical coding is in sync with the game design and that it does justice to its creative vision. They test the program codes and fix the flaws in the game pointed out by game testers. Game development is an excessively complex process and it requires large teams of programmers to create a game.

Education Required: A Bachelor’s in Game Programming/Game Development is a good option. But a B.Tech/B.E. in Computer Science or BCA is another possible route to be a Programmer.

Playing games all day for a living would be any gamer’s dream job, and the role of Game Testers is not much different. But Game Testers do not just sit with a cup of tea, relax and play through the game stages. They play-test the game in a systematic way, analysing the game’s performance, identifying bugs and suggesting changes to be made to the programmers to enhance the quality and playability of the game before it goes public.

Game Testing involves playing the same level over and over again until it is assured of the absence of any bugs or glitches. The work entails playing games for long hours and making sure the gaming experience of players does not spoil due to any flaws.

Education Required: Getting a B.Tech/B.E. degree in Computer Science is recommended. After which you can attain the “ISTQB Certified Tester” certification from the Indian Testing Board (ITB) to increase your chances of landing a job.

As games are becoming more and more online focused, DevOps Engineers are required to create and maintain the networks and servers. In an online multiplayer game, each individual player runs the game locally while interacting with web services in the background; the DevOps Engineer is in charge of maintaining the smooth functioning and security of the server on which players are connected.

Basically, it is a cross-functional role between development and operations team, which means a DevOps Engineer is expected to know coding skills as well as handle the operation of the network infrastructure.

Journalists and Critics are a key element to any entertainment industry. They provide valuable reviews and critiques for the buyers whenever a new game is released on the market. You cannot judge a book by its cover, therefore a critic reads it for you, examines and provides a review so that you are at a better stand to adjudge its entertainment quotient.

They are a blend of a gamer and a writer, who play and understand the dynamics of the game and then explain it in simple terms to their audience.

The international gaming industry is booming, and the Indian market too is catching up gradually, bringing with it enough opportunities for game lovers. It is a relatively new industry but has grown drastically in the past two decades with the expansion of internet accessibility and advancement of technology.

The future of the gaming industry in India is bright thus it is the best time to build a career in this industry!

Read More: 7 Promising Career Options to Satisfy the Creative Streak in You

Which of these career options interests you the most? Share with us in the comments!

Is a career in the gaming industry right for you? 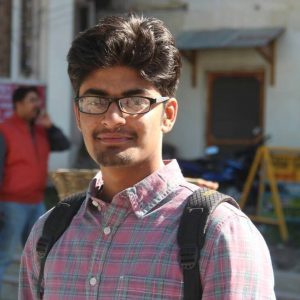 A Journalist by profession, Rishabh has a keen eye for uncovering the different shades of humankind. With a graduation in English Literature from Delhi University and post graduation in Journalism from Asian College of Journalism, he understands the intricacies involved in choosing a career early in life. He is an optimist and often likes to philosophize on a myriad of topics ranging from life to society to politics and religion.

0 0 0 0 0
Previous ArticleGot a Passion for Writing? Check Out These 8 In-Demand Career Options!
Next ArticleHow To Pay For Your Own College Education (Without Parents’ Help!)
Comments (16)