10 People Who Figured Out Their Career Later in Life

Choosing a career is a major life decision, as it will affect what you do on a daily basis for years and years of your life. While earlier it was the norm that people chose a career and were stuck with it for life, now it is becoming more common for people to switch careers. After all, why not?

For past generations, a career was about stability and financial security, but now an equally important part of choosing a career is professional satisfaction and happiness.

If you make a mistake while selecting a career, or are not sure of which career to choose, don’t worry, your choice doesn’t have to be permanent. It’s not necessary that you have to suffer from that first career choice, you can make a change and find the best career for yourself.

A little later on in life, you will have more maturity and experience so that your second career choice can be more suitable than the first.

There are many famous examples of people who made career changes, including actors such as Amitabh Bachchan, sports players like M.S Dhoni, and even Prime Minister Narendra Modi. There are also numerous people, just like you and me, who have made a successful switch into a new career.

Here are 10 people who switched their careers and found success:

1. Sonia Thiyam – From a Doctor to a Fashion & Beauty Blogger

Hailing from Manipur, Sonia made a drastic change in her career, when she became a fashion and beauty blogger after working as a doctor. Working as a doctor is considered to a stable and long-term career, and simply gaining admission into MBBS and completing a medical degree requires plenty of hard work.

However, fashion was her passion and Sonia did not let her investment in her original career stop her from following her dreams. She has now built a hefty fan following of around 286k followers on Instagram, working in fashion full-time. She has also worked with famous brands such as Gigi Hadid and Balmain.

Sandeep made his career change after 15 years of working with a consulting firm as a senior manager, qualified with an engineering degree and an MBA, to move into the culinary arts, pursuing his passion as a chef. There has been no looking back since then.

Sandeep has his own form of ‘Modern Coastal’ cuisine which he brands as ‘Esca Brahma’. Sandeep also started his first casual fine-dining restaurant ‘Curry Tales’ in Mumbai and is planning to further branch out with more concept restaurants.

3. Pranita Balar – From a Corporate Job to Her Own Dog Training Academy

Pranita initially began a corporate career, studying business management, marketing, and media, and worked as a media planner. Her love for dogs led her to become disinterested in her corporate job, and so, Pranita launched her own dog training academy, a field still relatively new in India!

Pranita got her certification as a Canine Trainer & Behaviourist and started ‘BarkNBond’ where she uses positive forms of training for dogs and has built up a hefty customer base.

Recommended Read: Ask A Career Coach: I Am Stuck In A Wrong Career. What Should I Do?

4. Devendra Purbiya – From Engineering to Photography

Devendra graduated from the famous Indian Institute of Technology Kharagpur and was working with Samsung India, when he was struck with a fascination for photography during a work trip to South Korea. He got rave reviews for his photographs on Facebook and subsequently won the Kingfisher Calendar Contest.

He then decided to make the career switch into full-time photography. Devendra is now one of the most famous wedding photographers in the country, with a price range beginning at INR 1 lakh.

Recommended Read: How to Start a Career in Photography – All About the Career Path & Colleges

A pass out of the famous Indian Institute of Technology Delhi with a Master’s degree in Mathematics and Computer Science, Surabhi went on to work for the reputed firm Morgan Stanley as a Software Engineer. She was working with Google in London, when she joined dance classes. Soon after, Surabhi decided to make a career switch, going into dance full-time.

Surabhi pursued further studies in movement arts, dance, and mixed media in India and secured a scholarship for a 1-year programme at the famous Trinity Laban in the U.K. Surabhi began working as a dance teacher, a freelance choreographer and as an administrator in a dance firm.

Recommended Read: Hate the 9-to-5 Life? 10 Exciting Careers that Allow You to Skip it

6. Gaurav Athalye – From Risk Management to Co-Founding a Travel Startup

Gaurav completed his M.Sc in Statistics from the University of Mumbai. After this, he worked for 5 years in the field of risk management, including with the famous Citibank. Struck by the monotony of corporate life and his love for travelling, he launched ‘Jungle Lore’, a travel boutique along with a co-founder.

‘Jungle Lore’ specialises in Himalayan, wildlife and custom-made experiences in India and internationally.

Nayantara worked in corporate HR for around 6 years with top Indian companies in the field before she made her career switch, moving towards furniture design. Leaving behind her typical corporate life, Nayantara launched her design firm ‘Auraz Design’.

Belonging to a small town in northern India, Robin graduated from BITS Pilani with degrees in Computer Science and Economics, working as a Software Engineer with a California-based company. However, 2 years later he quit his job and made his career with ‘Teach For India’ as a fellow.

From corporate life, Robin moved on to teaching disadvantaged kids in government primary schools in dusty areas of Delhi, including Azadpur Sabzi Mandi, often persuading kids to come to school and helping the kids get a better future than their parents.

Recommended Read: Serving the People: Social Work as a Career in India

Trained as a software engineer, Pragya worked in the industry for more than 8 years, including big names such as Infosys and Accenture. A lifelong practitioner of yoga, she restarted the practice while she was working, and soon made the switch into teaching yoga full-time.

Pragya got her Teacher’s Training Certificate for teaching yoga and now offers a variety of yoga training programmes through her practice ‘Yoga with Pragya’, including power yoga, kids yoga, hatha yoga and prenatal yoga. She also published her own book.

10. Vikramjit Singh – From Engineering to Advertising to Standup Comedy

Vikramjit started out in a traditional career path, studying engineering at the Manipal Institute of Technology and then working with Accenture in Bangalore. His love for writing led him to the next stage of his career, working in advertising. Yet, his final destiny was realised when he became a standup comedian, using his knack for comedic writing to write his own scripts and performing in front of an audience.

A choice of a career is a major decision, but don’t let that worry you. At any point in time, if the situation is not working out, you can always consider a switch. Many people have successfully made a career switch, whether it was 2 years working in their first career or 15.

The key is to remain confident and well-informed. The modern workplace is immensely flexible, and no decision has to be permanent unless you want it to be. Taking the advice of trusted people, possible mentors and people working in the industry can be helpful, as can be taking professional career guidance, to help you make a suitable choice of career.

Do you know of any such people who underwent a complete career switch? Share their stories with us in the comments below!

Confused about your options? 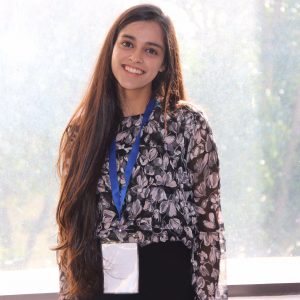 A writer by nature, Kriti is a seeker for detail backed by an abstract mind. She strives to become a Commercial Pilot to pursue her passion for flying. Just graduated from The Heritage School, Vasant Kunj, she is interning with Mindler to commence her quest for words.

0 0 0 0 0
Previous Article10 Things to Keep in Mind if You Are Moving Away to College in Another City
Next ArticleWhat are the Subjects in Science Stream in Class 11?
Comments (1)
Search
Latest Posts
Upcoming Webinar