A Degree in Spanish Language, Literature, and Culture

Studying foreign languages has been trending for the last decade. Having sufficient knowledge of another language opens doors to various lucrative and well-paying opportunities in different fields. It is also beneficial because it deepens your understanding of diverse cultures, expands your vista, and changes your perspectives.

In many schools, it has been made compulsory for students to learn a foreign language, as a part of their curriculum. Learning a new language is considered an extra-curricular activity that helps in developing the child’s higher cognitive abilities as well as globalizing his marketability from a very young age.

While institutions offer Mandarin, Russian, Italian, French, German, and other language options to their students, Spanish has been ranked as the most popular language to learn in the last few years.

Spanish is spoken by 44 million people in the USA and is considered the first language in some regions and is also the third most common language across the world. The language carries a package of ample scope, glamor, and interesting study material with it that lures students towards it.

Mindler is here to tell you how a degree in Spanish is an upcoming option for students choosing a career path, and for professionals expanding their horizons. Read till the end to find out!

A Degree in Spanish: Should I Go For It?

There are many benefits and career prospects waiting, if you aspire to be a language professional, in Spanish. Having a degree in Spanish is a great way to secure jobs as language specialists, translators, interpreters, and writers at big multinational companies, and teach at reputed universities, institutions part-time or full-time, with a handsome pay package.

Other than this, there are various other benefits that are equally irresistible for an aspiring language professional.

Here are 5 advantages of having a degree in Spanish, that you’d like to consider:

1. Ease of Communication While Travelling

As per the 2016 census, there are approximately 437 million (17%) people who speak Spanish in the world. It is also the official language for 21 countries, including Argentina, Columbia, Costa Rica, and of course Spain.

With Spanish, you have the chance to visit the more romantic and aesthetic countries in the world and meet different people from all walks of life.

Knowing a global language equips you, and makes you a better traveler. It also gives you the convenience and confidence to travel to diverse regions without making language and communication a barrier.

Being bilingual, multilingual is more beneficial for the brain as it keeps its various lobes active.

As an added bonus to learning a new language, getting a degree in Spanish, and being available to ample opportunities, learning the language also helps in improving your memory and boosting your creativity. Additionally, it develops your logic and reasoning skills.

Other than a certification in Spanish, a degree in Linguistics is also proven to be highly beneficial for improving aptitude and cognitive abilities.

Recommended Read: Language and the World: A Degree in Linguistics

3. Opens You to a World of Culture and Heritage

A degree in Spanish certainly promises you a taste of its romance, vibrance, and vividness through its literature and poetry.

People generally prefer to watch original Spanish movies and television shows with subtitles rather than with dubbed audios because of the combination of emotive melodiousness and passion in the language.

Even today, Spanish pop culture is a hit around the world for its intriguing themes,  irresistible storylines, and melodies.

Nevertheless, considering cultural studies and its interdisciplinary career pathways is also a lucrative option for you if you’re interested in language and culture.

The learning span of Spanish completely depends on your study methods, and the other languages you are familiar with. If you are good at English or other European languages like French and Italian, you’ll find learning Spanish easy and relatable.

However, even if you don’t know other similar languages, Spanish is regarded as one of the easiest languages to learn, which means you can pick up the basic lingo, pronunciation, and writing skills pretty quickly.

5. Door to Other Languages

Just like Spanish is easy to learn if you are familiar with other languages with similar origins (Latin), if you know Spanish it will be very easy to learn other Romance languages from neighbouring countries like Italian, French, and Portuguese.

Top 5 Colleges That Offer a Degree in Spanish

Since the demand for Spanish has risen in recent years, many universities have started offering a degree in Spanish at the graduate, and post-graduate levels, along with diploma courses.

Let’s see which are the 5 best colleges to pursue a degree in Spanish:

There are various colleges within the university, such as Hansraj College and St. Stephen’s offer diploma courses for the language.

The Department of Germanic and Romance Studies is an autonomous division run by the university for foreign languages that offers students the option to enroll in Diplomas, Bachelor’s, Masters, and Ph.D. programs for Spanish and other languages.

JNU in Delhi offers language aspirants opportunities to pursue a degree in Spanish and other languages on an undergraduate and postgraduate level, under reputed faculty and resources.

EFLU Hyderabad offers a diverse Spanish curriculum for MA, BA, and certificate courses along with enriching seminars, workshops, and lectures to enhance learning.

The institute is highly regarded in the country for its language curriculum and respected faculty.

MU offers various courses in Spanish at various levels. They offer a one-year certificate which is equivalent to DELE A1-A2 (Diploma in Spanish as a Foreign Language), a one-year diploma, and an advanced diploma which is considered at par with a degree in Spanish.

Like DU, AMU also has a Department of Foreign Languages (DFL) that conducts BA and MA programs for language aspirants and provides a degree in Spanish.

Mindler is an ed-tech organization that conducts online and offline career counseling services to students of middle school, to college. Reputed to be India’s best career guidance firm, Mindler is dedicated to guiding students in choosing the career of their dreams.

We provide well-researched career choices across various streams through thorough stream assessment and analysis of the students.

What should be the first step towards your career?  Take Mindler’s Career Counseling Online and find out!

Is a Liberal Arts Education the right option for you? 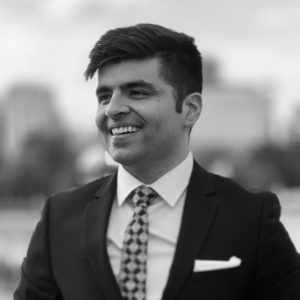 Abhishek works in the Overseas Education practice team at Mindler and mentors students to help actualize their dreams of an Ivy-league education. He is a management graduate from University College London, with successful summer credentials at LSE and HEC Paris.

0 0 0 0 0
Previous ArticleHow can Parents Help their Child Cope with Career Setbacks
Next ArticleIndia vs. Abroad: The Best Destination for a PhD
Search
Latest Posts
Upcoming Webinar