Do you like travelling open waters, being onboard ships, and exploring new places? Then a career in the merchant navy might be for you. You can do all of the above by making it your full-time job while earning from it.

What is Merchant Navy?

Over 90% of the world’s cargo is moved via sea. The Merchant Navy is a non-military discipline in the maritime industry that deals with commercial shipping. The merchant navy does everything from safely moving large containers, heavy goods, fuel, and other resources between continents to ferrying people, maritime research, and navigation.  The term ‘Merchant Navy’ was introduced by King George V after World War I to recognise the contribution of civilian cargo ships to maintain resources during the war.

Now that you are familiar with the term and what a career in the merchant navy looks like, let’s take a look at some of the finer, practical aspects of the job.

How to Start a Career in the Merchant Navy?

There are two ways to explore a career in the merchant navy after class 12 – as a cadet or an engineer. For both positions, it is mandatory to have completed the Science stream (Physics, Chemistry, Maths) with a minimum of 60% overall in 12th and 50% in English.

Either way, you have to clear competitive exams such as the Indian Maritime University Common Entrance Test (IMU CET) or Joint Entrance Examination (JEE) to secure admissions and undergo training. You can read more about the complete process, course options, and colleges offering this course in this article on how to join merchant navy.

Some other pathways to a career in the merchant navy include:

These are the routes you can consider for a career in the merchant navy in India. Different countries have different rules for admissions and academics. It is necessary to undertake qualifications as per local maritime rules.

Apart from the basic educational qualifications mentioned above, any male or female, unmarried and up to 28 years, can consider entry into the merchant navy. The medical fitness of candidates is another area of evaluation.

What Are the Job Responsibilities?

While duties are assigned based on department and rank, responsibilities include:

It is essential to understand the basics of each job profile since each of them requires a specific skill set. Educate yourself on the duties of each profile to see if they align with your interests and capabilities, and pick accordingly.

A Career in the Merchant Navy Opportunities, Ranks, Departments

In India, if you work for the Shipping Corporation of India (SCI), you are working as a government employee. Private shipping companies also hire candidates for various job roles.

As an officer of the merchant navy, you can work offshore in the deck, engineering, or hospitality (including accommodation, catering, etc.) department or even explore a job opportunity onshore. The types of jobs include:

They are responsible for navigating the ship.

Positions available in this department:

Positions available in this department:

They are responsible for preparing meals, housekeeping for crew and passengers

Once you begin your career in the merchant navy as a deck cadet or engine officer, you can progress your career by completing specific durations of sea time and competitive exams for promotions. A master’s degree can further improve your job prospects. View the Mindler career library for detailed information regarding a career in the merchant navy.

Attractive Qualities for the Merchant Navy

Working aboard a ship involves cross-departmental jobs and coordinating with many people every day. You will flourish in your career in the merchant navy if you can develop and build specific soft skills before joining. Some sought-after skills include leadership skills, communication skills, the ability for teamwork, and critical thinking.

A career in the merchant navy can be challenging, and it demands mental and physical endurance due to the nature of the job.

1. The Importance of Health and Fitness

Candidates undergo an extensive medical evaluation, including hearing and eyesight, at the start of their course or even during it to determine their physical fitness. They are issued a medical certificate by a recognised authority. Further, even after joining the merchant navy, candidates must undertake medical checkups and physical tests at regular intervals to determine their competency. If a candidate fails to pass the tests, they are not allowed to join the ship. Apart from physical health, a candidate’s mental constitution should also be sound to deal with situations onboard.

Life at sea can be repetitive and isolating. You will be co-habiting with the same people, seeing the same faces, and doing similar work for long periods. This, coupled with the lack of opportunities to socialise or pursue hobbies, can be tiring. You get less time to spend with friends and family onshore.

Here are some points to remember about the work of a merchant navy officer if you are considering a career in the merchant navy.

Officers are hired on contract to work for a 6 to 8-month stretch on ships. It is followed by a compensatory leave of a few months. While on the ship, it is a full-time job. The weekly hours are pretty long and high pressure. Officers work round-the-clock in shifts to manage their duties.

Merchant navy officers draw high salaries. But since the nature of the job is contractural, the officers are paid a salary only for the duration they are on the ship. Salaries are stopped once you go on leave and resume when you rejoin the ship or start a new contract. The income can be tax-free in India if you spend 180 days overseas on a foreign vessel.

3. Type of Ship and Location

Depending upon your interest, you can look for a job with Indian marine companies or work for international companies. You can be assigned to freight ships, tank carriers, or cruise liners. Most of the job openings for the merchant navy are along the coastal regions near ports.

If you like the adventure of a travelling job, a career in the merchant navy can be a promising one. It offers growth opportunities, exposes you to different cultures, and gives you hands-on work exposure. That is not to say that it does not come with its unique challenges. Thinking about joining the merchant navy? Sign up for a one-on-one Mindler’s career counselling online for personalised guidance on your career decisions from experts.

Let's Help You Look Beyond 'Scope' 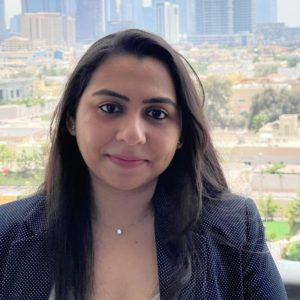 Krupa is an internationally certified career coach with post-graduate degrees in Management, Educational Administration and the latest one being School Counselling. Her passion for career coaching stems from her own early-career struggles, and she firmly believes that every student should have access to quality career coaching. When she is not coaching, she is usually found in her reading corner with a book. And if you challenge her to Harry Potter trivia, you will lose.